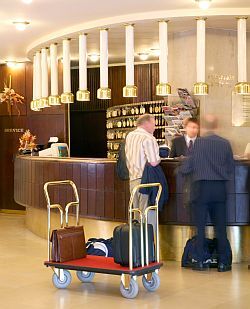 Hotel Budapest, opened in 1967, refurbished in 1997, is the only cylindrical hotel in Hungary. There is a magnificent view of the city and the surrounding hills from the rooms, especially from the suites on the top floor.
Hotel Budapest Körszálló is only a few minutes away from the City in the vicinity of Castle Hill. Bus no. 5 goes directly to the city center.
Budapest Hotel Budapest distances:
Ferihegy Airport - 28 km
City centre - 4 km
Eastern Railway Station - 6 km
Parking lot for cars and buses is directly in front of the Hotel. Tennis courts are within 3 minutes, bicycle routes are in front of the Hotel.

Other Danubius hotels in Budapest:

Back to the main page 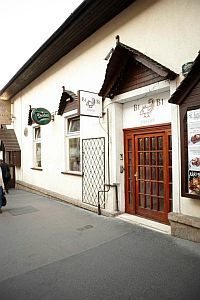